Home Headline Buhari to new service chiefs: Nigeria in a state of emergency 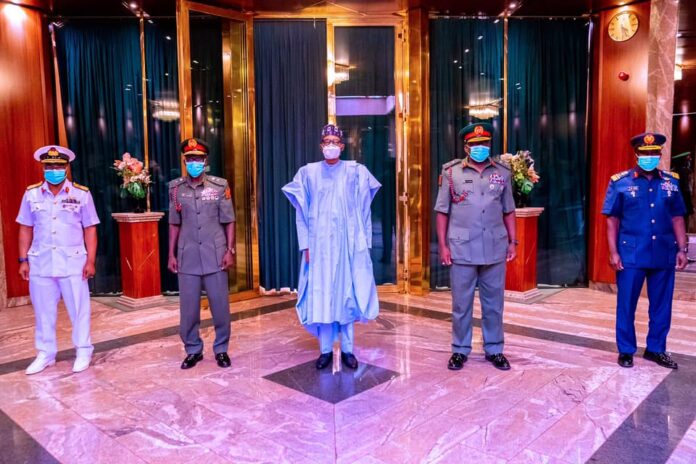 President Muhammadu Buhari has told the nation’s new service chiefs that the nation is in a state of emergency, hence the need for them to be patriotic, and serve the country well.

According to a statement by his Special Adviser on Media and Publicity, Femi Adesina, the President spoke during the first meeting he had with the service chiefs after their appointment on Tuesday.

The statement titled “President Buhari charges new service chiefs” indicated that the service chiefs were led to the meeting by the Minister of Defence, Major-General Bashir Magashi (retd.).

READ ALSO:   IPOB to soldiers : Write your will before searching for our security operatives

The statement quoted the President as telling the service chiefs that “We’re in a state of emergency. Be patriotic, serve the country well, as your loyalty is to the country.

“There’s nothing I can tell you about the service because you are in it. I was also in it, and I will pray for you.

“I also assure you that whatever I can do as Commander-in-Chief will be done, so that the people will appreciate your efforts.

“We promised to secure the country, revive the economy, and fight corruption. None has been easy, but we have certainly made progress.”

Buhari was also said to have charged the service chiefs to be concerned about the morale of their officers and men, saying they should be made to feel physically and professionally secure.

READ ALSO:   Tofa spits fire over killing of Northerners in Southwest, says revenge will be bloody 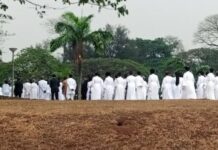 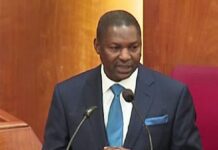 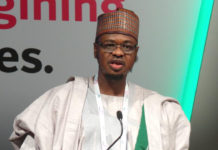 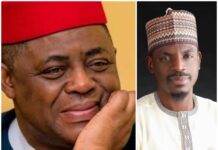 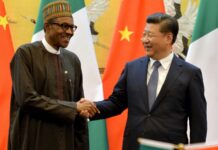 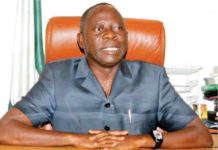 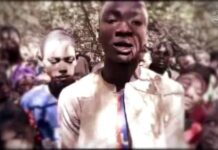 It’s a shame that Nigeria Police don’t know the meaning of... 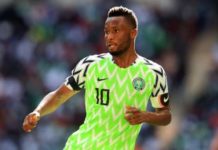 Nothing can distract my administration –Obaseki