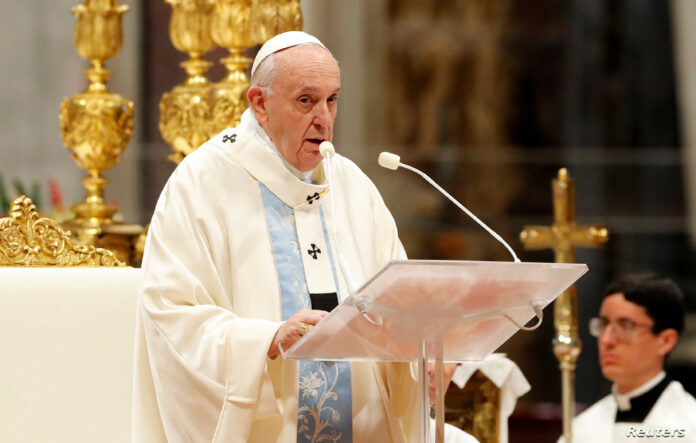 Pope Francis celebrated a low-key Christmas Eve Mass made sombre by the coronavirus pandemic on Thursday and said people should feel obliged to help the needy because Jesus himself was born a poor outcast.

The Mass was held in a rear section of St. Peter’s Basilica with fewer than 100 participants and only small number of cardinals and bishops.

It is usually held in the main section of the basilica and attended by up to 10,000 people, including the diplomatic corps representing nearly 200 countries.

Everyone except the pope and the small choir wore a mask during the Mass, which began two hours earlier than usual so that even the limited number of people who attended could return home by a 10 p.m. curfew.

READ ALSO :Christmas with COVID-19 may be more authentic – Pope

“The Son of God was born an outcast, in order to tell us that every outcast is a child of God,” Francis said in his homily.

Francis said Christmas should make everyone reflect on “our injustice towards so many of our brothers and sisters” instead of pursuing “our endless desire for possessions” and ephemeral pleasures.

“God came among us in poverty and need, to tell us that in serving the poor, we will show our love for him,” said the 84-year-old pope, celebrating the eighth Christmas of his pontificate.

On Friday, the pope will read his “Urbi et Orbi” (to the city and the world) message from a hall inside the Vatican instead of from the central balcony of St. Peter’s Square, an event that usually attracts tens of thousands of people.

Italians are under a nationwide lockdown for much of the Christmas and New Year holidays.

Non-essential shops will be shut between Dec. 24-27, Dec. 31-Jan. 3 and Jan. 5-6. On these days, people are allowed to travel only for work, health or emergency reasons.

The restrictions mean people will not be able to go to St. Peter’s Square or the basilica.

All papal events between Dec. 24 and Jan. 6 are taking place indoors with little or no public participation and being live streamed on the internet and broadcast on television. 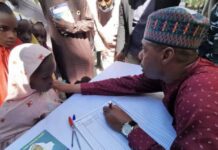 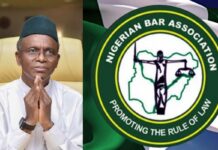 Withdrawing El-Rufai’s invitation has nothing to do with religion, ethnicity- NBA 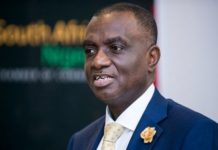 Despite wide spread allegations, we are winning war against corruption-FG