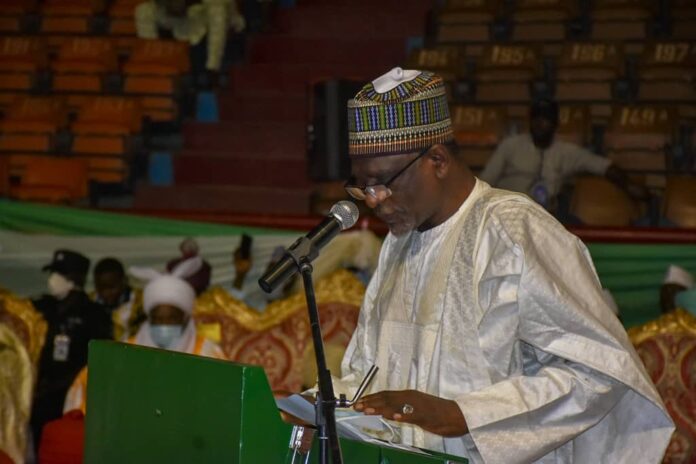 President Muhammad Buhari has praised youth of Bauchi State for not participating in the recent endsars protests that rocked parts of the country.

Buhari gave the commendation at a town hall meeting to engage youth and communities in Bauchi on security on Monday.

The meeting was organised by the State government at the instance of the President to engage the youth and communities in States the country on security issues in the aftermath of the endsars protests.

The President who sent a delegation led by the Minister of Education, Malam Adamu Adamu, and his counterpart Minister of State Industry,Trade and Investment, Maryam Yelwaji Katagum to the town hall meeting, urged other youths in the country to emulate the youth of Bauchi.

READ MORE: Why we’ve been rejecting IPPIS since- ASUU

He said the federal Government was deeply concerned about insecurity and the plight of the youth that was why it quickly responded to the demands of the endsars protesters by disbanding the police outfit.

“The mandate given to us is to come to Bauchi and thank the youth for what they have refused to do,” Adamu said, enumerating several programmes and policies of the Buhari administration for the youth,” Adamu said.

“When the ENDSARS crisis started the government immediately looked into it because they had a point. All their demands were accepted and we ended sars. Already some of their other demands were being looked into,

“We acknowledge the concerns of the members of the public on the excessive use of force by members of the sars and proceeded immediately to scrap it and we ave started the process of meeting other demands when the process turned violent.”

The President praised the conduct of Bauchi youth during the protests.

He said that the administration had initiated several interventions to address youth restiveness and unemployment and urged citizens not to take laws into their hands but be law abiding and support the government to succeed.

Katagum in her message of goodwill urged the youth not to relent as the federal government was doing its best through various interventions to alleviate their suffering.

In his speech, Bauchi State Governor Senator Bala Mohammed, thanked the President for taking bold step to disband SARS and initiating reforms process in the operations of the police.

He regretted that the ENDSARS protests were hijacked by hoodlums where people were attacked and shops looted. 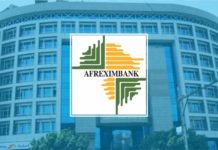 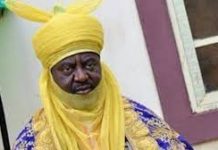 The tragedy and comedy of Atiku strategy